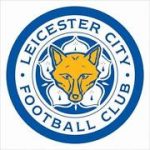 The 2015/16 Leicester City squad has proved to be the ultimate underdog. At the time of writing, they’re eight points clear at the top of the Premier League and look set to make history as the most unlikely winners in the competition’s history. In fact, they’ve already guaranteed qualification for next season’s Champions League group stage.

Whilst all of that is super (not so much if you’re a Spurs fan), we’re going to take a long hard look at Leicester and their credentials for entering the world’s elite club competition.

It’s clear to any logical football fan that Leicester will need to make some fairly drastic changes if they aim to genuinely compete on both fronts next season. Whilst their current squad has done them proud this campaign, we’re going to take a look at some of the areas that’ll need to be addressed before the big kick off next August.

1 – They don’t have a plan B.
The Jamie Vardy story would make a cracking Hollywood film. Whether you see him as the ultimate fairytale story of coming from nothing to lead his side to glory, or a slightly racist chav who has managed one good season in an otherwise mediocre career, you cannot deny the fact that he’s been the focal point of the Leicester story this season. Whether it was Ranieri’s vision to play to his strengths or it happened organically, Vardy has been superb this season. Leicester have been deadly when springing quick counter attacks which enable Vardy to run in behind and terrorise defences. Whilst I expect Leicester to employ a similar strategy in next year’s Champions League, they’re going to need a plan B if they want to succeed against the big boys. Which brings us nicely on to the next point:

2 – Their current strategy won’t necessarily work in the Champions League.
Leicester City are a counter-attacking team. Any arguments there? No, I didn’t think so. They’re happy to concede possession with the intention of Vardy causing problems behind high lines of defence once they do get a chance to break. The issue with this lies in the difference in quality between the Champions League and the Premier League. The Premier League has gone backwards over the last 3-4 years with fewer of our top teams progressing to the latter stages of European competition. The sheer fact that Leicester even find themselves in this situation suggests that the ‘Big’ four (or five or six, depending on your outlook) have hugely underperformed to allow a team such as Leicester to pinch one of their coveted Champions League places. Whilst Leicester’s strategy has worked domestically, in Europe they’re facing a different animal. One like they have never faced before. They can’t afford to sit so deep, to concede so much possession in the hope that the tried and trusted ‘ping it long to Vardy’ tactic will work consistently. Ranieri will have his work cut out for him in this regard, but I expect him to aim to move to our next point, which is:

3 – They need to seriously bolster their squad.
Part of Leicester’s success this term has been their ability to field the same team, or at least make as few changes as possible to ensure they don’t deviate too far from their tactical plan. Obviously they’ve had the benefit of not competing in European competition which has enabled them to do this. Next year however, they won’t have that luxury and will require additional bodies to avoid slipping too far down the table whilst they attempt to compete in Europe. It’s a difficult balance to strike. They won’t want to overspend on personnel, only to find themselves back in the mid-table/relegation fight next year, but it’ll be incredibly difficult to be effective unless they improve their squad in key areas. The one key factor they have in their favour is the fact that they are now a bona-fide Champions League club. It’ll be interesting to see how potential signings view Leicester and their new status. Could they recruit so well they firmly establish themselves as regular Champions League competitors, thus drawing the interest of players good enough to play at an elite level? Or are they likely to be seen as a flash in the pan club that can only go backwards after a stellar year, meaning the better players avoid them like the plague?

Whilst winning the Premier League and qualifying for the Champions League is a potentially once-in-a-lifetime achievement for a club like Leicester City, it produces a whole new set of problems that they may not be prepared for.

Welcome to part 14 of my Football Manager 2016 let’s play series with West Ham Utd. In this episode we take on Aston Villa which should be a nice easy 3 points…

Find Me On The Following